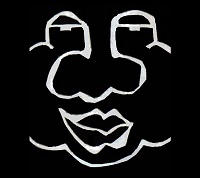 These days you’re surveilled every time you walk out your door. There is a camera in your lobby, on the street corners, by your neighbor and whenever you get on the subway, bus or go into a store or public space. There aren’t many places where you’re not “on camera” (NYC doesn’t allow cameras in restrooms), but do you need to be on camera to use your computer.

It appears the Face Recognition connection to start your computer is brief but given the latest Apple “bug” where Face Time users can hear conversations they shouldn’t have privy to, you have to wonder, who’s clocking whether you’re on line or not. GPS already tells them where you are. Email and telephone logs tell them who you communicated with and for how long. You fell for that 2 point recognition system introduced several years ago and they’ve connected your computer accounts to your phone.

They have your fingerprint! You traded it for phone and computer convenience and millions of us have voluntarily donated our DNA to the GREAT DATA CLOUD . You may have noted recently a large pharmaceutical company bought one of the major DNA testing companies. Can you say, “That has far reaching implications”.

YES the government monitors the Internet for threats but who’s to say something you mentioned wasn’t perceived as a threat and that you are now one step from being on a Watch or No Fly List. The Internet puts the world at your fingertips but who’s hands are you playing into? Data transmission has never and will probably never be completely secure. Phone operators could always listen in on calls and phones could be “bugged” legally and illegally. Mail could be steamed open, read, copied and re-sent, but do they really need photos of your family, dog, house and backyard and does every snap I take need to be cloudified immediately?

You better recognize that you’ve been recognized. Today’s pop-up for the red SUV you clicked on last week isn’t coincidence and, if it isn’t, what else is your information, what else are “you” being used for?

“Every great dream begins with a dreamer. Always remember, you have within you the strength, the patience, and the passion to reach for the stars to change the world.” -Harriet Tubman

African Americans are an ethnic group with total or partial ancestry from any of the black racial groups of Africa. Today, those descendants continue to be treated as thought they are enslaved or part of the “American Economic Chain Gang.”