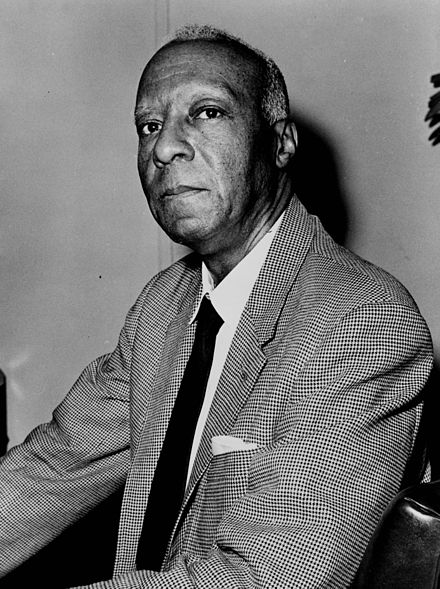 A. Philip Randolph, president of the Brotherhood of Sleeping Car Porters and the most widely known spokesperson for black working-class interests in the United States, met with Franklin D. Roosevelt and his administration to demand he sign an executive order banning discrimination against black workers in the defense industry. Randolph threatened to bring tens of thousands of marchers to Washington, D.C. On June 25, 1941, days before the march was to occur, Roosevelt issued Executive Order 8802, which barred government agencies and federal contractors from refusing employment in industries engaged in defense production on the basis of race, creed, color, or national origin. It was the first Presidential decree issued on race since Reconstruction. The order required the armed services, including the Marine Corps, to recruit and enlist African Americans.

The definition of privilege is, “I have the (God Given) right to be better than you and I going to use it every chance I get.” It’s time to change the narrative.

Kwanzaa celebrates what its founder, Maulana Karenga, called the seven principles of Kwanzaa, or Nguzo Saba (originally Nguzu Saba—the seven principles of blackness). Karenga said “is a communitarian African philosophy,” consisting of what Karenga called “the best of African thought and practice in constant exchange with the world.” These seven principles comprise Kawaida, a Swahili … END_OF_DOCUMENT_TOKEN_TO_BE_REPLACED

”Rain beats the leopard’s skin but it does not wash out the spots”. African Proverb

“Every great dream begins with a dreamer. Always remember, you have within you the strength, the patience, and the passion to reach for the stars to change the world.” -Harriet Tubman